KLOPP SHOULD GET COMPETENT FULL BACKS FOR A START

Liverpool were touted as one of the title challengers this season. 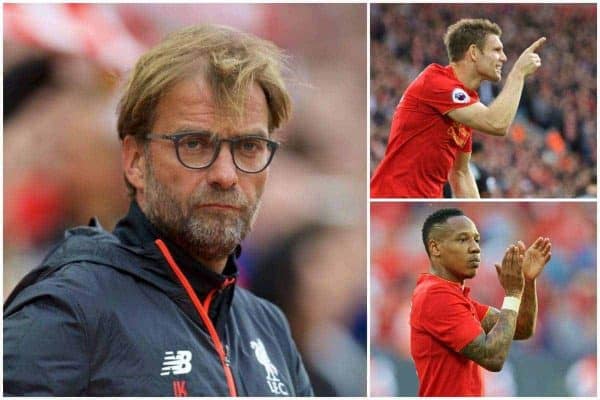 They started well but quickly faltered. They had to deep dig to finish the season in the top four. The full backs received much of the blame for what happened in the season. Coach Jurgen Klopp would need to look at settling this issue this summer if the Kops are to achieve anything substantial in the forthcoming term.

Looking at the best players in the role; from the recently retired Philipp Lahm at Bayern to Benjamin Mendy for the youthful Monaco team, successful clubs need outstanding cover in the role. See how Nathaniel Clyne is being praised for his efforts in his role. He is decent in defence and can help push the attack.

After the 2014/15 season, many wanted a change from Glen Johnson as he was not controlling passes and stopping opposition attackers as expected. Steve Finnan was a better player defensively so it wasn’t hard to compare.

Clyne is not as solid defensively and he has just two assists in two years in the league. However, Trent Alexander-Arnold, from the youth side, seems to be a good number two for the role.

At the other end, Klopp seems tired of Alberto Moreno. James Milner initially seemed rattled but he grew into the role. His left back role performance has declined so the manager should get a capable hand and return him to a more comfortable position.

See how Dani Carvajal and Marcelo have helped the Real Madrid team succeed? Victor Moses and Marco Alonso were also crucial to how Chelsea won the Premier League for the year. Klopp just needs a competent hand.